At the new job, I started piecing together a Google Spreadsheet about our open-source software in various languages, based on frameworks, or example applications. One of the things we wanted to track for each repository was a count of open issues and pull requests we had at GitHub. Turns out Google made this pretty easy, but you have to scrape the repo page first. The code I wrote a scraper in Python using Flask, Requests and BeatifulSoup, hosted the project on Heroku, and works a little like this: (I’ve been asked to write this up several times over the years, so here goes.) Background Almost a decade ago, I thought it’d be neat to order a document scanner. Because, organization. I found out that the IRS would accept printed copies of scanned original documents and realized that I was lugging around a filing cabinet for no reason. A few years later, something magical came to be, and it’s turned into one of my favorite life hacks.

A security vector was found, called StageFright, sent through a malicious video, and gives the attacker access to your device, including storage rights, microphone access, and copying data such as passwords. Because the default action of Hangouts and Android’s stock SMS app was to pre-fetch the videos (thereby processing them ahead of time for you), you could be vulnerable without even knowing it. It was blogged about several times, here are just a few: 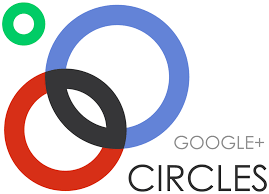 Google+ is all about building your social graph of friends and acquaintances. The biggest separating factor on the platform versus other platforms who have later followed suit, is the ability to group your friends, family, colleagues, into separate “circles”, allowing you to very easily share posts and photos with certain groups of people. On Twitter, I used to ‘like’ things that I wanted to read later, and would call up my page of liked activities as a list of bookmarks.