Review of the Google Pixel XL and accessories 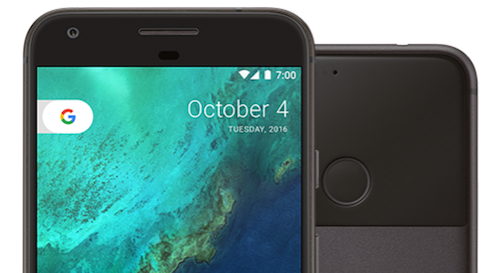 I’ve owned just about every Nexus device since the Nexus One, including the Nexus Q and the tablets. The only devices I’ve missed in my collection are the Nexus 10 tablet, and the Nexus 6P from late 2015. I ordered the Pixel XL the morning of the announcement and have used it as my daily phone since it arrived, and this is a really solid device and definitely worth the upgrade from the 2014 Nexus 6.

As with any new phone, I needed to stock up on some accessories which added about $115 on the purchase price of the phone. Coming from a Nexus 6 which always felt just a bit too big, but recently using my old Nexus 5, I decided to purchase the XL edition with the larger screen. I’ll get to those in a moment.

Let’s get this out of the way: totally worth the upgrade. I’ve been extremely pleased with the device. It feels hefty, the materials are premium, the clicky power/volume buttons are great, and no more fiddling in the middle of the night with a plug to charge the device and trying to find the correct orientation of a micro-USB connector.

7.1 feels really smooth and have some great changes. I ran 7.0 on my Nexus 6 and it was very sluggish, so of course 7.1 feels faster on a better processor and more RAM, but 7.1 has some really nice changes that I’ve been very pleased about. The new launcher, however, has taken some getting used to. After several years with only 4 icons or folders in the launcher tray, I was conditioned to tap the middle 5th icon to view my entire drawer of apps installed on the device. With 7.1, you have a 5th icon to launch an app or hold a folder, and at least once a day I find myself pulling up a folder of utility apps like Settings and Tasker, etc., and have to remember to swipe up from the tray instead.

As a developer, it’s also interesting to see Google implementing features from popular apps from yesteryear, and I wonder how those app developers feel about their business futures. For example, the famous “where did I park my car” apps got built into Google Now. Flux and similar blue-light controlling apps are now built into Android 7.1, as well as burst photo taking on the camera.

I’ve been extremely pleased at the quality of the camera, especially since all of the previous Nexus devices I’ve owned have had pretty sub-par cameras. It wasn’t until we got the Nexus 5X for my wife mid-2016 that I realized just how much Google had started improving the camera quality. Without optical image stabilization (OIS), I still end up with some blurry photos, but launching the camera app and snapping a photo is VERY fast.

A two-minute 4k video of my son playing the piano consumed about 640MB, making me question my decision to only purchase the 32GB model of the Pixel XL instead of investing the extra $100 in the 128GB model, but I’m hopeful that Google’s automatic backup and space reclamation is as good as advertised to ensure I always have some space left on my phone for photos.

12 megapixel images take up about 4MB each in JPG format.

Yay, the Pixel XL has a headphone port. (sarcasm mode: off)

I’m a little disappointed at the placement of the single speaker on the bottom left edge of the device. It’s very easy to muffle the audio depending on how you hold your device. It sounds great, as long as you don’t cover it up.

The ringtones, notification sounds, and alarms are all new on the Pixel, and sound very “ethereal” and light. I installed the “Terminator” ring tone from my Nexus One that I’ve copied to every device since 2010. The alarm choices aren’t great, only two of them actually sound like alarm clock tones, and several of them are two light in frequencies to wake me up.

I’m extremely happy with the battery on the XL. To stress test it (and to drain it), I left the device unplugged for an entire work day and did the following activities once I woke up around 7am:

… the battery finally died at 11:45pm with over 4 hours of screen-on time. This was honestly the heaviest usage I’ve ever done on a phone in a long time and I was pleased to see the battery last so long. My Nexus 6 would have likely been dead by lunch.

I’ve since uninstalled the Screenwise Meter app, it was kaaping my phone awake at night instead of letting the phone CPU cores idle. Even plugged into an Anker charging hub, I often woke up to about 30% left on my battery.

I have not enabled gestures on the scanner yet, but think I’ve seen an article on how to enable a swipe up/down gesture to scroll pages. I likely won’t enable that gesture.

It was (pleasantly) surprising to me to see just how many apps were fingerprint-aware, and how easy it was to get them set up. The first, of course, was LastPass which allowed me to then fill in usernames/passwords on all other accounts (I set the phone up as a new device, not opting to copy over old data and settings). Once I was into most of my apps, many of them prompted me right away if I wanted to use my fingerprint to enter the app next time. Pretty handy for banking apps, security apps, and so on.

I’ve played with the AI assistant a little. I’m disappointed, though, that “Ok, Google” appears the only way to launch the assistant. Tapping on the “G” search icon on the home screen, for example, and tapping on the microphone, simply launches Chrome and does a google.com search.

By far, my favorite (and quickly the only) voice phrase to use is “tell me about my day” which tells me the weather in my area, calendar and event reminders, how long my commute to home/work will be, and the plays some pre-recorded news podcasts. I’d love to be able to customize the podcasts it can play.

With any new phone, I usually invest a little extra into some amount of accessories, replacement cables, charging docks, that sort of thing, and the Pixel XL was no exception.