In retrospect, was Verizon the best carrier to launch the Galaxy Nexus? 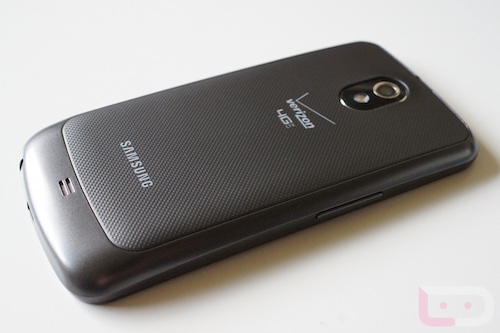 Since being introduced to the Nexus One in early 2010, I’ve been an Android advocate, especially when it came to Google’s “flagship” products with a pure Android experience. The simplicity of it was very appealing for those with a minimalist mindset: no carrier bloatware, nothing disabled, good (sometimes great) hardware, and sometimes amazing hardware advancements which pushed other manufacturers to keep up. I dropped AT&T (for a change) after being a customer for nearly a decade and switched to T-Mobile to get the Nexus One, and never looked back.

Lessons that I think Google has learned since the Nexus One:

The Samsung Nexus S, Nexus S 4G and Galaxy Nexus are all plastic cases and quite light compared to HTC’s Nexus One and its metal case. Granted, the Nexus One “felt” like a substantial phone.

Trackballs suck, but notification lights do not.

Yeah, maybe it feels better holding it to my face, but honestly, I haven’t seen other manufacturers step up on this one. Obviously not a necessary ground-breaking move by Samsung.

SD cards are so last year.

While I was initially annoyed by the lack of SD card in my Nexus S, I get along fine without it. I have an rsync app that I use to sync my phone wirelessly with a NAS drive at home. (it should work with any system running an SSH server) The Galaxy Nexus will take the internal storage one step further by removing all partitioning. The downside is that Linux and Mac users don’t have the “plug and play” capability over USB, but as long as my rsync tool keeps working, I won’t mind.

This was later explained by Google that this was also a move to remove the licensing requirement of the FAT filesystem that Google had to pay to Microsoft. One article suggest Microsoft makes more money from Android than Microsoft’s mobile efforts, to the tune of $5 to $15 per device.

NFC is the future.

For now, anyway. The latest Facebook app update includes NFC capabilities, and I read more about NFC uses every day. I’ve used NFC on my Nexus S exactly once: at Google I/O in May 2011.

And of course this paved the way for tap-to-pay.

While it’s initiall great for people with agoraphobia (fear of going outside), buying devices online works well if the device is identical to, or extremely similar, to a device users are already familiar with. Otherwise it’s simply too risky. The Nexus S was sold in Best Buy stores and later at Sprint stores with the Nexus S 4G revamp. The Galaxy Nexus sounds primed to sell at several carrier stores in the near future, as well as Best Buy and Radio Shack.

When the Nexus One was released in January 2010, it launched on T-Mobile with 3G capabilities but you could only buy it online, which hampered sales, but was a solid phone. Rumors of having the Nexus One on all 4 of the major US carriers flourished, but only AT&T picked it up, and it was quite a while after launch. Verizon and Sprint eventually admitted they weren’t going to carry the device. In December 2010, the Nexus S was released, and again only a T-Mobile version was launched; Sprint picked it up half a year later.

Verizon, aka “Big Red” has had a lot of news coverage about blocking tethering apps, installing permanent bloatware, and then it leaked that they were installing a few apps on the Galaxy Nexus, which is supposed to be entirely free of Carrier applications. I read a lot of “quit whining, it’s only 2 apps” on Engadget, but the truth is that this device wasn’t supposed to have ANY bloatware. That’s the point of a Nexus device, right?? Over the past few days, it was announced that Verizon and Google were at odds about Google Wallet on the Galaxy Nexus, and today the news broke that Verizon broke some federal rules about the spectrum deal from a few years ago when they blocked Google Wallet from working.

I was quick to criticize Google a few days ago over letting Verizon stipulate the terms of what is supposed to be a “pure” Android device, and that criticism still holds true for me. I don’t believe that Google should have to bow to anyone in that regard, and that the carriers need to just back off and let Google lead the charge. T-Mobile let them. Sprint let them. Yet Verizon is causing so many problems, it’s like they don’t WANT to release the device now.

Frankly, I was ready to pony up $300 of my dollars, plus a $50 ETF to T-Mobile, to switch my service to Verizon, plus pick up several of the accessories, but lately I’m regretting that decision and wondering whether to hold out for another carrier to carry the phone. If Sprint would allow the device on their network, I’d consider it, but not sure I’d want to stay with T-Mobile as they have poor coverage where I live. AT&T isn’t even an option for me – they’d have to give me the phone for free including cell/data if they ever want me back as a customer.

I know that Google has some sort of “bidding” process where handset manufacturers compete for the rights to build the next Nexus device, but I wonder whether they do the same for carriers, and whether someone’s legal team is going after Verizon over the many delays of this product.

Given the penta-band radio support in the Galaxy Nexus, would it make more sense to just sell an unlocked device where you got to choose your carrier based on the SIM you insert? Should I pick up a Canadian model over the holidays and see which GSM carrier to use?

In the end, I purchased the Verizon model, hated the bloatware and how Verizon ended up blocking Google Wallet and I went back to T-Mobile once the GSM model was released. (I was given a GSM model at Google IO). I’ve been with T-Mobile ever since.