HOWTO: Replace a battery in an iRiver H320 MP3 player 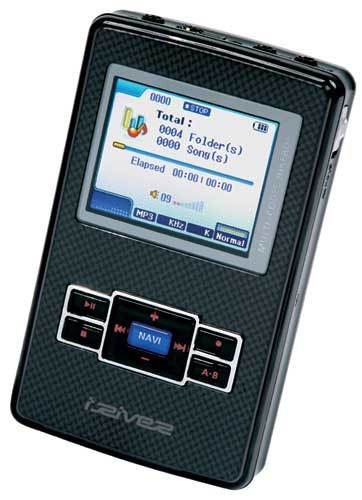 “Denny” wrote a great article over at MisticRiver.net (back when the site was operational) about replacing the internal battery of the iRiver H300 series players.

The original article can be viewed at http://www.misticriver.net/showthread.php?t=34257 if you can find a cached copy anywhere. Someone named “Jeantet” grabbed a copy in PDF format available from their blog

Since installing Rockbox on my H320 last winter, the battery performance of my H320 was slowly going way downhill. I re-flashed my H320 with the latest US firmware, and now rather mad that the Rockbox-modified flash ROM that used to be on my H320 has now made my H320 permanently unable to play DRM music (and that’s only a bad thing because I subscribe to Napster and would love to try their to-go service). Over the past few months though, I’d be lucky to get a whopping 15-25 minutes of life out of a “fully” charged battery.

Even after working at home for a few months as an independent contractor, I didn’t find much reason to be out in the car for more than a few minutes to maybe grab some lunch if I wanted to get out, so I didn’t think too much of it.

But now that I’m working at a client site for the foreseeable future, I’ve had to keep the H320 charging all the time because it barely lasts long enough for the 15 to 20 minute drive to the new office. Nothing worse than rocking out to “Enter the Sandman” only to have your player die in the middle of the tune. Grr. So I followed the advice of other MisticRiver users, and bought a new battery from a company that sells replacement batteries for the first and second generation iP*d devices. Turns out the 2200maH batteries will work in the H300 series, provided you swap the wires on the tiny plug that connects to the player.

So I followed Denny’s instructions to the letter, and wanted to share my opinions:

Denny did an AWESOME job at writing up his instructions, but needs clarification on a few points:

Step 2 – removing the hard drive
There’s no need to pry the hard drive up at such an angle. I lifted mine less than half an inch from the unit and wiggled the drive off the pins no problem. I would think that prying the drive up that high puts undue strain on the connector.

Step 3 needs a better photo, especially showing the ‘hidden’ screw at the far right of the picture. That one was pretty tough to get back in too!
Also in Step 3, he describes how to push a screwdriver right through “until the side part separates like so” but should probably note that it’s normal to hear a small cracking sound as the plastic pieces separate. Nothing breaks but when instructions don’t mention what you should hear while doing this work, it’s a little unnerving.

Between Step 3 and 4, he doesn’t mention that the top of the iRiver comes completely off or not. In fact, it does not COMPLETELY detach. There is a very small flat ribbon cable attaching the front of the H300 to the logic board. This ribbon is for the front buttons on the case, and there didn’t seem to be any easy way to remove it. Denny also then neglects to elaborate on what a pain in the butt it was to perform some of his instructions with the front face of the case flopping around.

Overall, up to and including Step 5, Denny’s instructions were VERY clear and easy to understand. Kudos to Denny, great job.

Unfortunately, Step 6 talks about the reassembly of the parts you’ve just scattered all over your kitchen table, and doesn’t explain that the true hardest part of the whole ordeal is actually plugging the new battery onto the logic board. This by far took me the longest. He doesn’t explain in enough detail how reassembly should work.

What he should have said is something like this:

Replace the bottom piece of blue rubber padding, and make sure that the edges of it are tucked underneath the inner sides of the case where there are some plastic ledges to guide you as to where the rubber must be seated. Carefully plug the hard drive back in, using the plastic pin guide at the right edge of the connector since there are more holes on the HDD’s connector than there are pins on the H300 logic board. The HDD should fit snugly into the bottom piece of padding; use your small screwdriver to fit the hard drive in around the padding if needed.

Likewise, Denny neglects to tell you how/where to bend the long wires on the battery so you can GET the back of the case back in place. He also neglects to warn you that you may need to squeeze your player’s front and back sides together very, very tightly in order to get the screws back in place around the outside edges of the H300.

But overall, Denny did a wonderful job writing up very detailed instructions.

I was happy to see the LCD screen turn on as usual when plugging in the charger, and left it charging for about 3.5 to 4 hours. I was pleased to see the “Complete!” message on the screen, as some users have had problems with indefinite “Charging…” messages. I unplugged the unit for about 10 minutes, and then plugged it back into the charger. Another half hour or so went by while it charged some more, and got another “Complete!” message.

The test, of course, was how well the unit would play and how long the new battery would last. Understanding that brand new Lithium-Ion batteries need to be fully charged and drained a few times before they reach their full capacity, I listened to my MP3 player for my commute to the office (about 20 minutes) at volume level (VL) 20 (of 40), most of yesterday’s 8-hour work day at VL 15, had it in the car to rock out at lunch for 30 minutes at VL 25, and at VL 20 for my 15 minute commute home. About 60% of my collection is 128kbit OGG Vorbis files, the rest are MP3 ranging from 128kbit to 320kbit.

Only seeing a single bar of the battery used up, I decided to let the player keep playing at VL 15 on random shuffle mode. At midnight, there was still plenty of juice left, so I made sure USB charging was OFF on the unit (it’s been known to degrade batteries on the H300 series players which could have been my downfall). I copied about 9GB of files to the player, to fill it within 3GB of full capacity (used up about 17GB of space), and then decided to defrag it for a while with every other disk on my system.

Still lots of juice left, and I figured that letting the battery die while connected to the PC could result in file system corruption, I removed it from my PC, and played it on random shuffle mode at VL10 overnight.

Imagine my surprise when the unit was STILL PLAYING at 9:30am the next morning! Of course, the battery indicator was empty and flashing (imminent shutdown), and would not power back up once I’d shut it off.

The battery has been recharging now for about 2 hours. All said and done, I believe I got about 25 hours of play time at various volume levels, plus about half an hour of copying files and defragging the disk before it needed recharging. If that’s indicative of only partial capacity since I need to fully charge and discharge the battery a few more times, the $34 investment was FAR worth the cost, plus about an hour of my time to replace the battery.

From what I understand, the original battery in the H300 series players was a 1600maH LiIon battery and I think at most I got about 15-16 hours of play time.